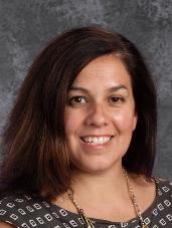 It is with great pleasure that we announce East Taunton Elementary School Principal Stephanie Hoye as the District’s new Director of Student Services & Transportation. Hoye  assumed the position on July 1 following the retirement of current Director Kathy Perry.

While at the East Taunton Elementary School, Hoye has been a part of several district initiatives and a member of multiple Community Input Teams (CIT) to help support and develop plans for bettering the school community. She also chaired multiple Special Education Team meetings and 504 Plan Meetings.

In her new position, Hoye will be responsible for all transportation needs in the district; addressing any student/parent concerns or issues; overseeing students’ 504 plans, attendance and discipline; coordinating district training and more.

Hoye possesses the unique ability to make every student, staff member and faculty member feel cared for and continuously pushes everyone to reach the level of success she knows that they are capable of achieving.